This is James W. (Jim) Thompson, retired faculty member of 35 years at Tennessee Wesleyan. I never knew how “Distinguished Alumni” were discovered, but that changed when I learned of former Wesleyan student, Tom Phillips. I wish to see Phillips lifted from the obscurity of “junior college” days, so his distinguished career of scientific achievements might become more widely known.

I write to introduce Dr. Tommy Lee “Tom” Phillips of Champaign, Illinois, who was born and raised in Kingsport, Tennessee, graduating high school in 1949. Tom elected to enroll at Tennessee Wesleyan and was highly involved academically and as a leader in many campus activities. Tom pursued a basic science curriculum and graduated with high honors in 1951. Upon transferring to the University of Tennessee (UT), he studied Biology, receiving a B.S. in Science Education. A military draft interrupted his education, leading to two years of service in the U.S. Army with distinction. 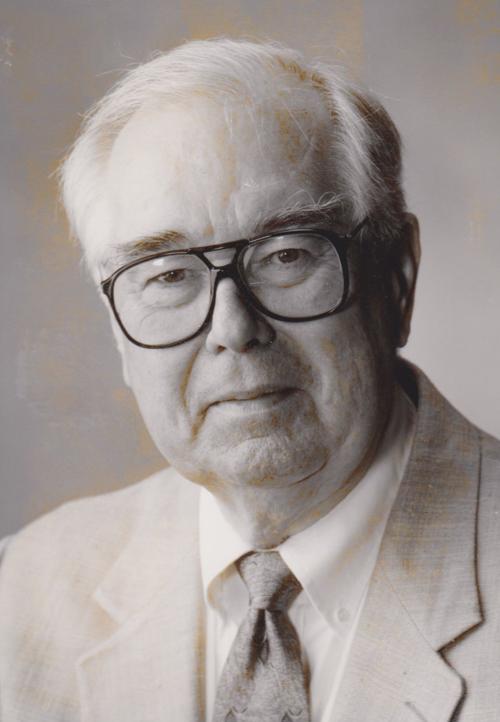 Returning to UT - Knoxville, Phillips earned a B.A. in Botany/Geology. Entering Washington University in St. Louis, he earned a Ph.D. in 1961 in Paleobotany. He received an appointment to the University of Illinois in 1962.

Dr. Phillips spent his long and distinguished career in research and teaching at the University of Illinois at Urbana-Champaign for 44 years. It is my firm belief that, among the previous Distinguished Alumni of TWU, he would stand among the best. Tennessee Wesleyan should take pride in waving the banner for the “world-class paleobotany research and discoveries” by Dr. Tommy Lee Phillips, whose “science curriculum” studies at Wesleyan in 1950 and 1951 initiated his thirst for science. 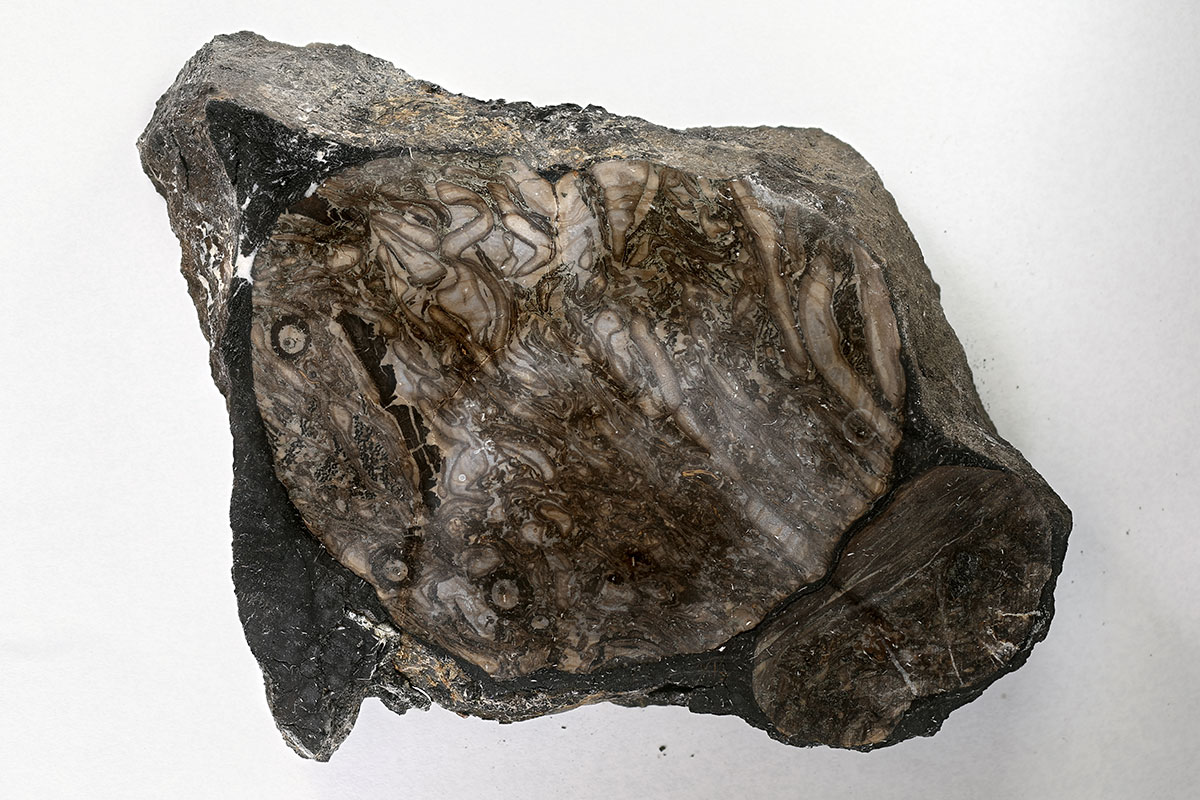 Dr. Phillips’s four and a half decades on the University of Illinois faculty included research focused on the Carboniferous period, known as the Coal Age, and the development of the largest coal ball collection in the world (some 40,000 specimens). His specialized study led to international studies, visiting lectureships, science foundation support, fellowships and awards for meritorious work. In 1999, Tommy Lee Phillips was elected to the National Academy of Sciences.

Dr. Phillips was assisted in his climb to great achievements by the culture in which he was raised. It valued respect for elders, it valued and expected courage, respectful speaking and listening, even in disagreement. It valued community, church, loyalty, and courtly manners, in both men and women.

Tommy Lee “Tom” Phillips was born Dec. 6, 1931. Stories relayed about his early days tell of many local camping trips with his older brother, and their roaming the hills and ravines of upper East Tennessee. An active child, his hobbies included bricklaying and a life-long bond with vegetable gardening. Totally to the surprise of his sons later in life, he was said to have been something of a ping pong champion.

After graduating from Dobyns-Bennett High School, he enrolled at Tennessee Wesleyan (a two-year school at the time) and attended from 1949-51. As reported by his wife, Pat Phillips, herein begins the transition from how a “junior college” kid became a distinguished Paleobotany professor.

Yearbooks from his time indicate his active involvement. As a junior, Tommy joined the Theta Sigma Chi Fraternity. He was one of eight men in the fraternity on the Dean’s List that year. He also served as Vice-President of the Art Club.

His senior year, Tommy Lee was Vice President of the Senior Class and President of the Theta Sigma Chi Fraternity. He had also served as the President of the Phi Theta Kappa Honor Society. During the 1950-1951 school year, he was also the Associate Editor of the Nocatula Yearbook. Based on a 1951 clipping from Kingsport Times, he was a member of the Panhellenic Council, a tennis manager, along with being involved on the tumbling team, basketball team and serving as Director of Student Publicity. At graduation, Tommy Lee led the procession as the one with highest honors.

After graduating Wesleyan with a degree in General Education-Science, Tommy entered UT - Knoxville, where he earned a B.S. in Science Education. His time at the university was interrupted by military draft for two years. He was in the U.S. Army’s 8th Infantry at Fort Jackson, South Carolina and was puzzled upon not receiving an assignment; it turns out he scored highest on the entry test and was sent to the Counter Intelligence Corps in Baltimore, where he became the Honor Graduate (head of the class) in 1954.

Subsequently, he was assigned to the Redstone Arsenal in Huntsville, Alabama, where he had the distinction of interviewing Werner Von Braun for security clearance.

After the Army, Tommy Lee returned to UT to earn a bachelor’s degree in Botany. Details are limited, but evidence suggests that very early in his studies at Wesleyan and UT, Tom was highly devoted to science, especially Botany - the biological science of plant life. After seeing his first coal ball at UT, he was hooked. Another source tells of Tom’s passion for student teaching throughout his long career. It seems that he could not “not teach.” His first job was teaching high school in Gatlinburg, Tennessee. He related that he had kids coming from the mountains who spoke a form of antiquated English.

At this point, I turn to an impressive litany of Tom’s educational achievements, which support his distinguished career in teaching, research and pioneering discoveries for the field of paleobotanists.

Having completed his undergraduate degrees with distinguished records in Botany and Geology, he transitioned to graduate school at Washington University in St. Louis, where he studied Paleobotany under the distinguished professor, Dr. Henry Andrews. Tommy Lee became Dr. Phillips when he received his Ph.D. in 1961 (again graduating with honors).

In 1962 and 1963, Dr. Phillips and Dr. Andrews took research trips to Ellesmere Island in the Artic in search of fossil plants, where Phillips discovered a prize Archaeopteris specimen. Subsequent research initiated his long focus on the Carboniferous period, better known as the “Coal Age,” which occurred 300 to 350 million years ago.

After graduate school, Dr. Phillips gained an appointment at the University of Illinois, becoming an associate professor in 1965 and a full professor in 1972, with joint appointments in Botany and Geology. His tenure of active research, teaching and lectureships throughout his career led to the creation of the largest coal ball collection in the world. A coal ball is a lump of petrified (fossilized) plant remains, preserving a record of microscopic tissue structure of Carboniferous swamp plants. When a high amount of calcite surrounded the peat of the swamp, it caused the specimen to turn into stone instead of coal. Dr. Phillips pioneered the discoveries of how scientists could slice these rocks and then peel the ancient plant cells in research of the geological past.

Over many years, Dr. Phillips and his students chased around the world – especially in Great Britain, Russia, France and the Illinois Basin – after specimens from coal seams that filled missing time slots. The collection of 40,000 specimens is housed in the Prairie Research Institute’s Center of Paleontology on the south campus of University of Illinois at Urbana-Champaign.

As a reflection of his passion in study and teaching, it was said that Dr. Phillips taught his students, “One does the work for the love of the work, not for recognition.”

In 1975, he received a Guggenheim fellowship, enabling him to do comparative research on late Carboniferous coal-swamp floras in Great Britain, France and Russia. He was a National Academy of Sciences Exchange Scientist to the USSR in 1976 and a guest of the Russian National Academy.

In 1982, with National Science Foundation support, he was a Visiting Lecturer at the Institute of Mining, Peoples Republic of China.

In 1992, Tom received the Gilbert H. Cady Award by the Geological Society of America for meritorious work in coal geology.

In 1999, Dr. Phillips was elected to the National Academy of Sciences. Tom was shocked, since from all scientific branches only 60 had been chosen.

Dr. Tom Phillips certainly made many distinguished scientific contributions on behalf of his students, and the reputation of the University of Illinois, which covered 44 years (1961 to 2005) prior to his retirement. He regularly went to work daily until ill health slowed him down. His former student and assistant Bill DiMichele, who is now at the Smithsonian, reported about the last time he saw Dr. Phillips at a rehabilitation facility. The beloved professor was regaling the nurses with tales of, what else, but coal balls, coal swamps, and everything to do with them.

For all the materials gathered to provide this biographical sketch on Dr. Tommy Lee Phillips, I have been dependent upon and wish to express appreciation for the correspondence with Pat Phillips, his wife of 51 years, and the fine eulogy prepared by Bill DiMechele. I am thankful for this fine opportunity.

Winston Churchill, with words for perspective, was quoted: “Every day you may make progress. Every step may be fruitful. Yet there will stretch out before you an ever-lengthening, ever-improving path.  You never get to the end of the journey. But this only adds to the joy and glory of the climb.”